Natives For Your Neighborhood is a labor of love and commitment. If you use this website, help us maintain and grow it with your tax-deductible donation. 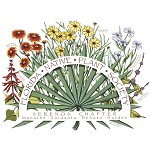 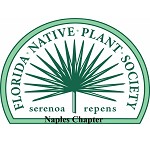