Help us maintain this website and keep it free and open to our community of scientists, students and land managers who depend on it for the most reliable information available. Donate now!

For upcoming events, see our calendar on our homepage here.

On Friday, October 21st, IRC collaborated with the Schoolhouse Children's Museum in Boynton Beach to offer "Explore Our Dunes with IRC". Our Coastal Biodiversity Restoration Intern, Kelly McLoughlin, led children aged 3-7 through an exploration of our coastal ecosystem using their 5 senses. They read a book on climate change, did a "build your own dune" activity with real materials from the beach on a piece of paper, and then did a dune immersion activity using the 5 senses talking about what we hear, see, feel, taste, and smell at the beach dunes. 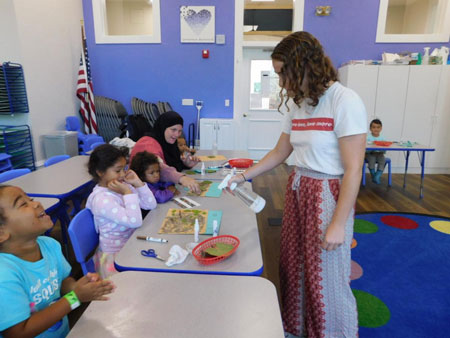 Our first ever Do Good Delray fundraising event, Clash for the Coast, was a huge success! You helped us raise $7,171 for our Restoring the Gold Coast program in Palm Beach County! Thank you to everyone who made this event come together on October 11th. We are so grateful to our sponsors, volunteers and community partners and especially thank our Gold level sponsors: The Preservation Foundation of Palm Beach and Erin L. Deady, P.A. 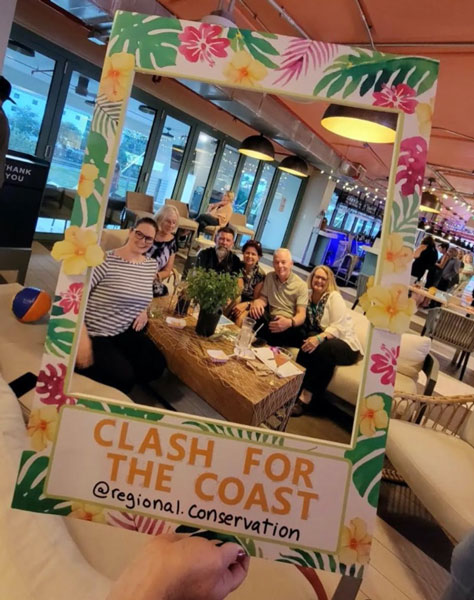 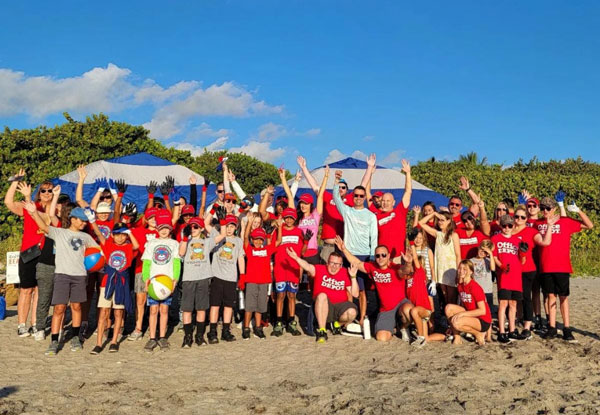 On September 24th, we held our Restoring the Gold Coast Program's Phase II Kick Off event at Red Reef Park in Boca Raton. Volunteers focused on removing non-native, invasive plant species from the coastal dune and also helped out-plant the federally and state endanagered beach clustervine (Jacquemontia reclinata). Beach clustervine was grown by Fairchild Tropical Botanic Garden, thank you! Thank you to New York Life and the Community Foundation for Palm Beach and Martin Counties for funding this important restoration work. For more photos from the event, click here. 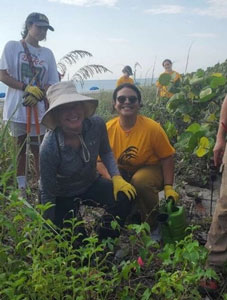 IRC's Coastal Biodiversity Restoration Intern, Kelly McLoughlin, had the pleasure of joining the Delray Beach Children's Garden in their Roots n Shoots program! The group talked about beach dune ecosystems, biodiversity, and native plants before they were able to plant propagated natives on their own. We had a blast and look forward to seeing these plants and people again soon for a Restoring the Gold Coast planting event! 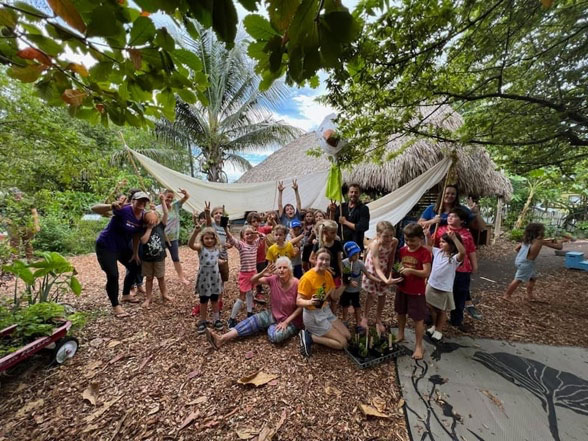 As part of the City of Delray Beach's Climate and Art Weekend, George Gann gave a talk titled "Beach Conservation Efforts in Delray Beach - Past and Present" at the beach pavilion located at the Atlantic Ave and A1A intersection. View the video on YouTube 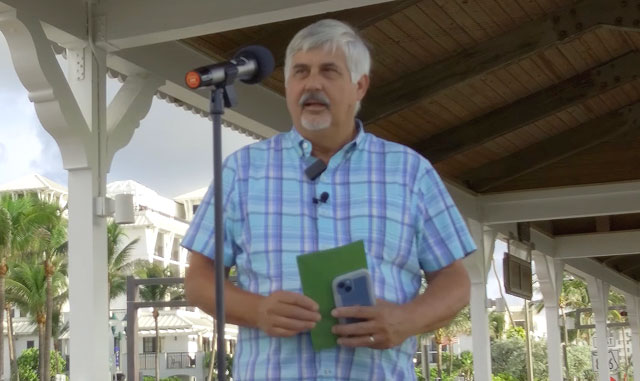 As part of the Society for Ecological Restoration’s “Make a Difference Week”, we worked with volunteers and the City of Boca Raton at the north end of South Beach Park in Boca Raton. We removed two large patches of the invasive Scaevola taccada (Beach naupaka), picked up over 70 pounds of trash from the beach, and planted 10 federally endangered Jacquemontia reclinata (Beach clustervine). 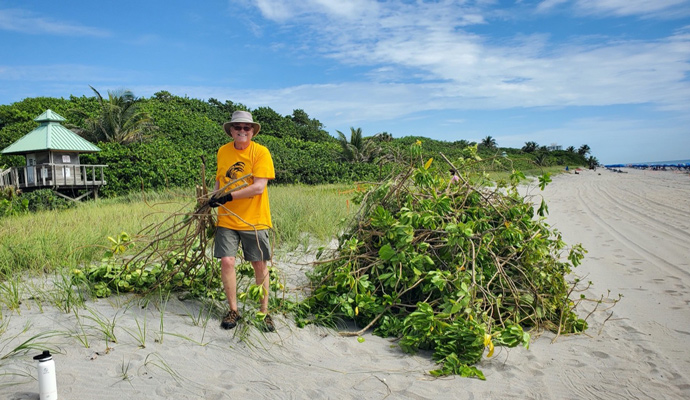 IRC’s Cara Abbott and Atea Anderson set up a booth at this Earth Day event where they gave away native seeds, handed out IRC print materials and recruited future RGC volunteers! 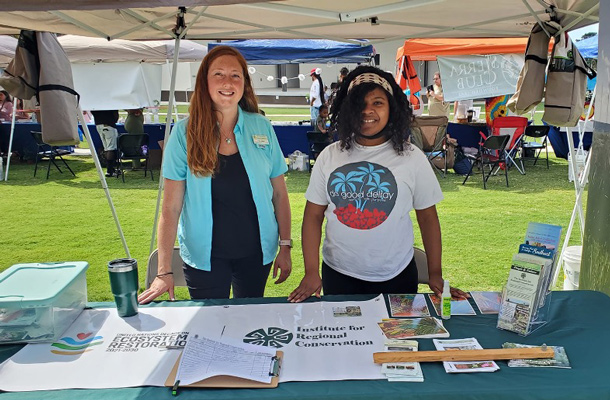 IRC continued work with the City of Boca Raton, Gumbo Limbo Nature Center staff, and volunteers to expand our restoration efforts at Red Reef Park. Together, we removed several large patches of the invasive Scaevola taccada (Beach naupaka) and Tradescantia spathacea (Oysterplant) and also cut back some Coccoloba uvifera (Seagrape). 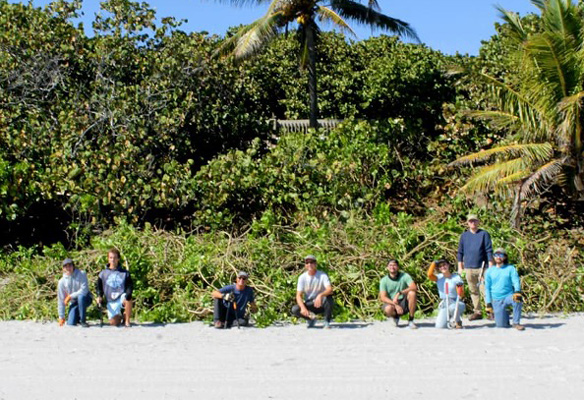 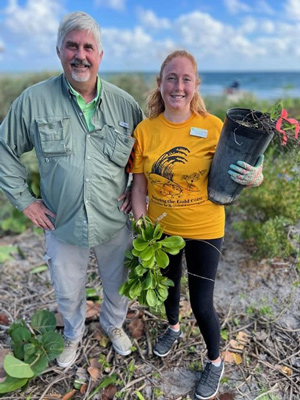 IRC held a volunteer day at Atlantic Dunes Park in honor of World Environment Day, the launch of the United Nation's Decade on Ecosystem Restoration and the Society for Ecological Restoration's Make a Difference Week. Volunteers removed invasive species and planted Tephrosia curtissii (Curtiss' hoarypea) (state endangered and IRC critically imperiled) and Dalea floridana (Florida prairieclover) (Federally and state endangered and IRC critically imperiled), which have been grown specially for our RGC project by Fairchild Tropical Botanic Garden. Thank you to New York Life and Pugliese Public Relations for sponsoring this important work! 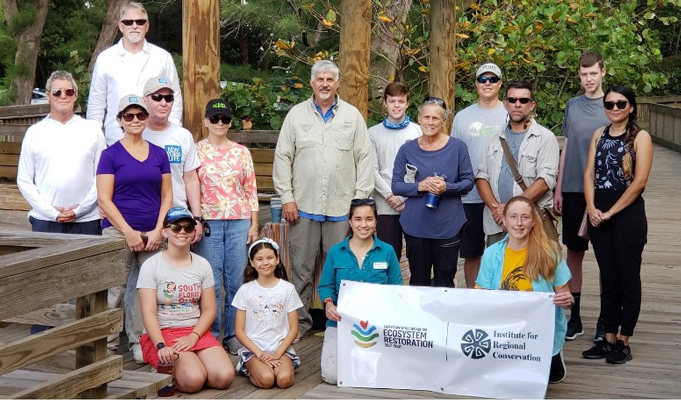 IRC’s Samantha Gabriel joined the City of Boynton Beach’s drive-thru 200-tree giveaway event for Earth Day 2021. We had a booth to hand out stickers and info on IRC’s work with some of our friends like Community Greening, Sea Turtle Adventures, Surfrider Foundation, Loggerhead Marine Center, and more! 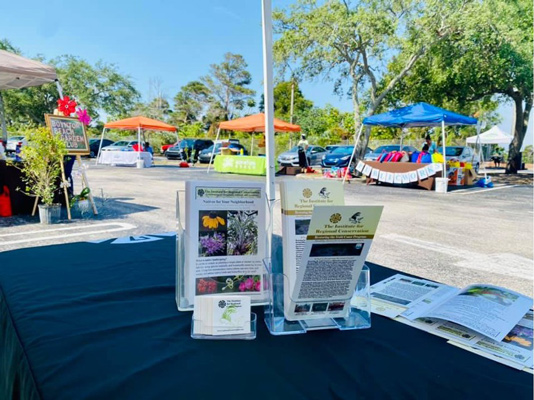 IRC continued restoration work with Neglected Plants, Coastal Growers, Inc., and a few volunteers at Red Reef Park in Boca Raton by improving areas of the park to benefit native coastal plants. To follow up this habitat restoration work, we planted over 130 native plants including Baycedar, Beach morningglory, Blacktorch, Blolly, Marlberry, Saw palmetto, White indigoberry, and much more. These efforts were made possible by a collaboration with Fairchild Tropical Botanic Garden and the City of Boca Raton. 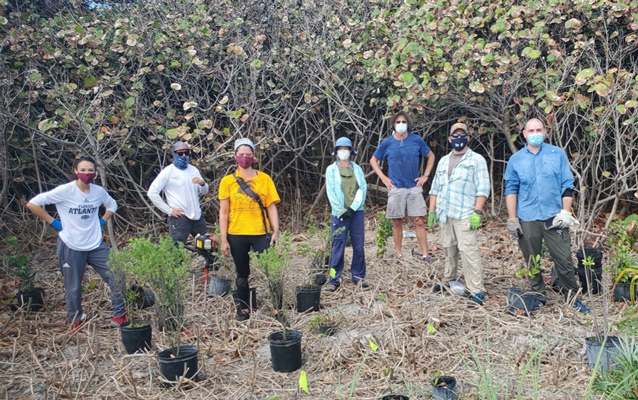 IRC led 12 members of the Beach Property Owner's Association through a field workshop at Delray Municipal Beach. Participants learned how native plants were added in areas where sea grapes had been trimmed as well as in areas where undesirable invasive species were removed. The benefits of biodiversity were described and shown in the middle of the dune system, which opened several eyes and minds. 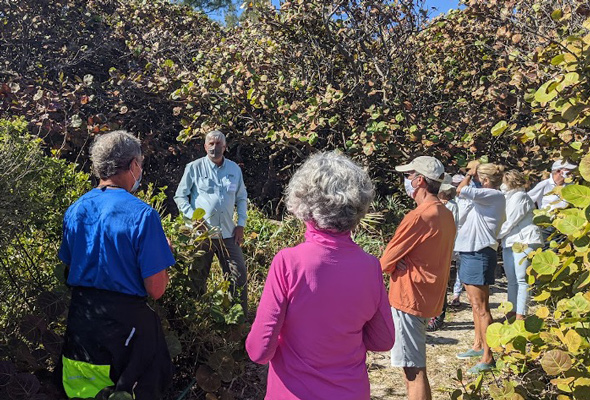 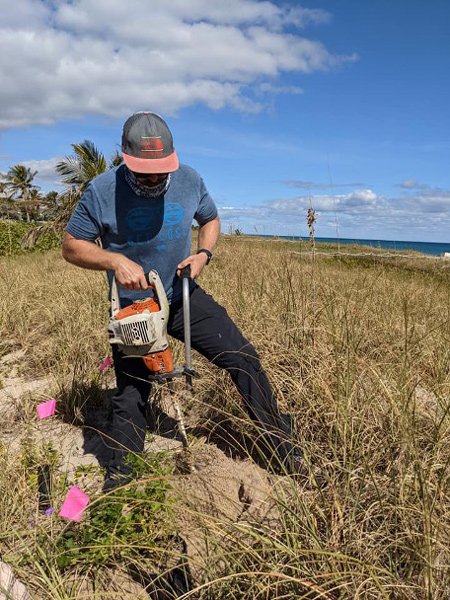 IRC hosted an online workshop contributing to understanding the issues behind seagrape trimming, ecological restoration, and coastal conservation. IRC would like to thank our amazing panelists (George Gann, Rob Barron, Niki Desjardin, Jimmy Lange and Mike Zimmerman) and 40 participants for making this workshop a great success. 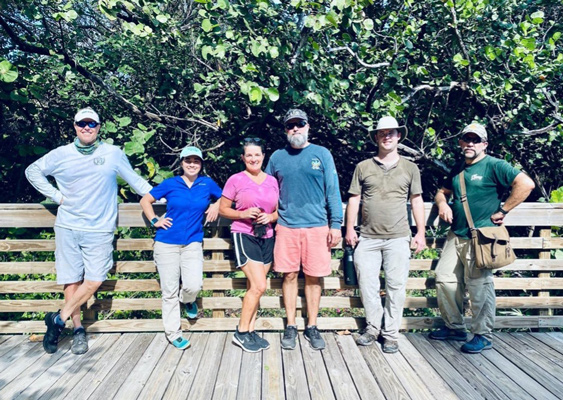 Volunteers joined Cara Abbott and Keith Buttry on this chilly morning at Oceanfront Park. We built upon our last planting at this park by adding an additional 125 native plants to the dunes. The City of Boynton Beach coordinated this event with us. 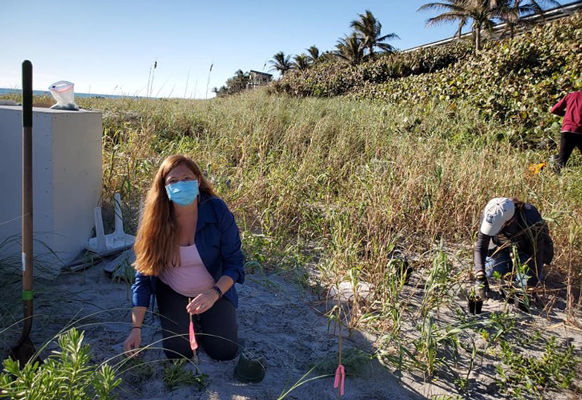 This morning our volunteers added 20 Saw Palmettos in this dune crest which was recently cleared of invasive Brazilian-pepper at Atlantic Dunes Park. 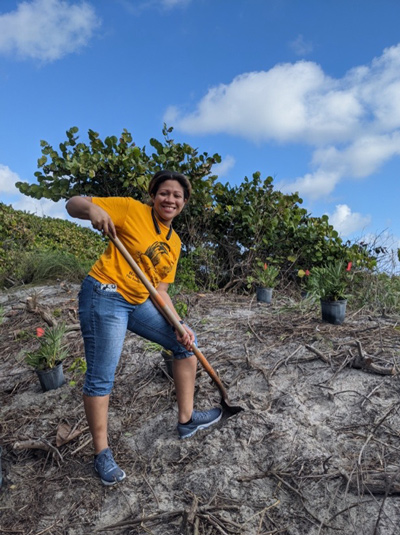 IRC’s George Gann presented on our RGC program to the Treasure Coast Chapter of the Florida Association of Environmental Professionals (FAEP). Thank you to Rebecca Dougherty for the invitation. Link to presentation here.

IRC collaborated with Jimmy Lange from Fairchild Tropical Botanic Garden at Red Reef Park and South Beach Park in Boca Raton. Together, we removed invasive species such as Scaevola taccada in areas of the parks that may be suitable habitat for the federally endangered Jacquemontia reclinata (beach clustervine). Six J. reclinata plants were added to the park and several were observed naturally occurring at South Beach Park. 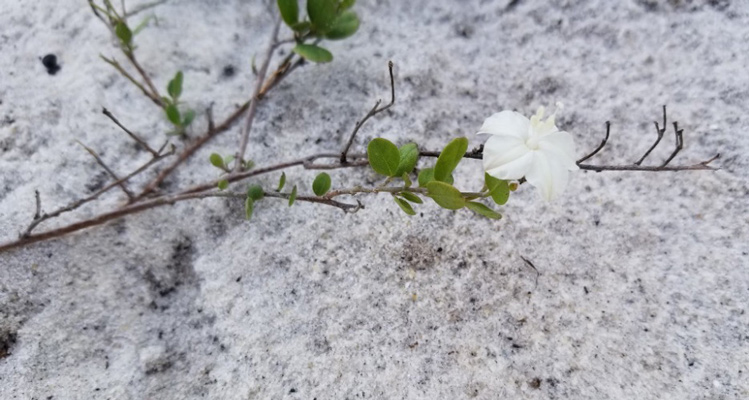 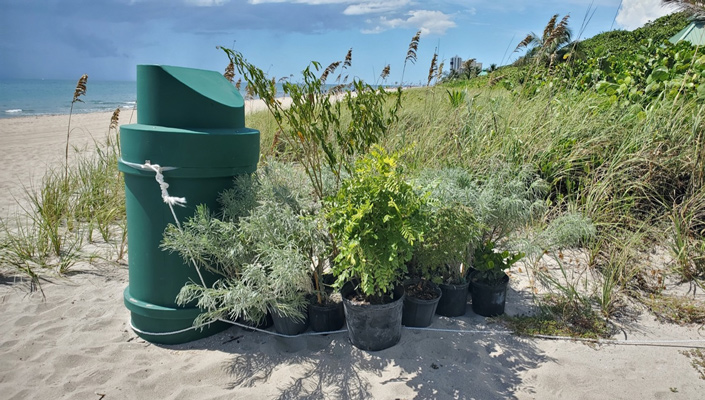 IRC worked with Under Blue Waters at a planting event in Delray Beach. Led by IRC’s Cara Abbott, campers learned about coastal conservation first hand! They helped plant Sea-lavender and Baycedar plants before spending the rest of their day out on the water. Bob Cawood of Outdoor Youth Adventures helped us coordinate this event and Coastal Growers Inc. donated the plants and helped with the installation and watering of the plants. 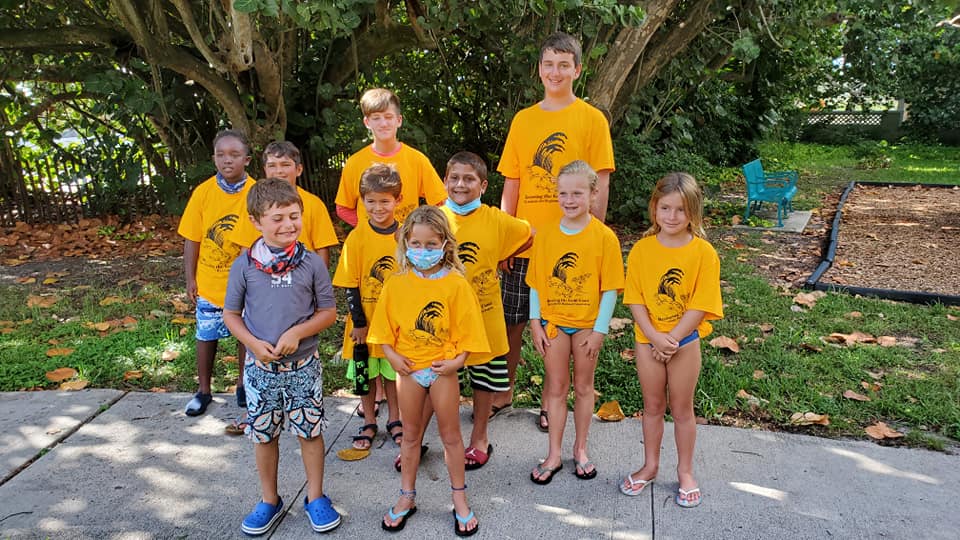 IRC continued restoration work at Atlantic Dunes Park. With the support of Coastal Growers Inc., Neglected Native Nursery and a few volunteers, we continued cutting back invasive plants within the park and planted 24 plants of 12 species.

IRC completed a significant planting on a private dune in Ocean Ridge owned by Kimberlee Pompeo, the Vice Chair of the Florida Federation of Garden Clubs District X for the Barrier Islands. A total of 21 species were added to her dune, 14 of them being new to the site. You can easily see which species were added and already present by visiting the "Pompeo Private Dune Parcel" conservation area in the Floristic Inventory of South Florida (FISF) available here.

IRC’s George Gann and Cara Abbott led a Weekly Conservation Conversation webinar on our Restoring the Gold Coast program, giving updates on successes to date and goals through the remainder of the program. Link to webinar recording. 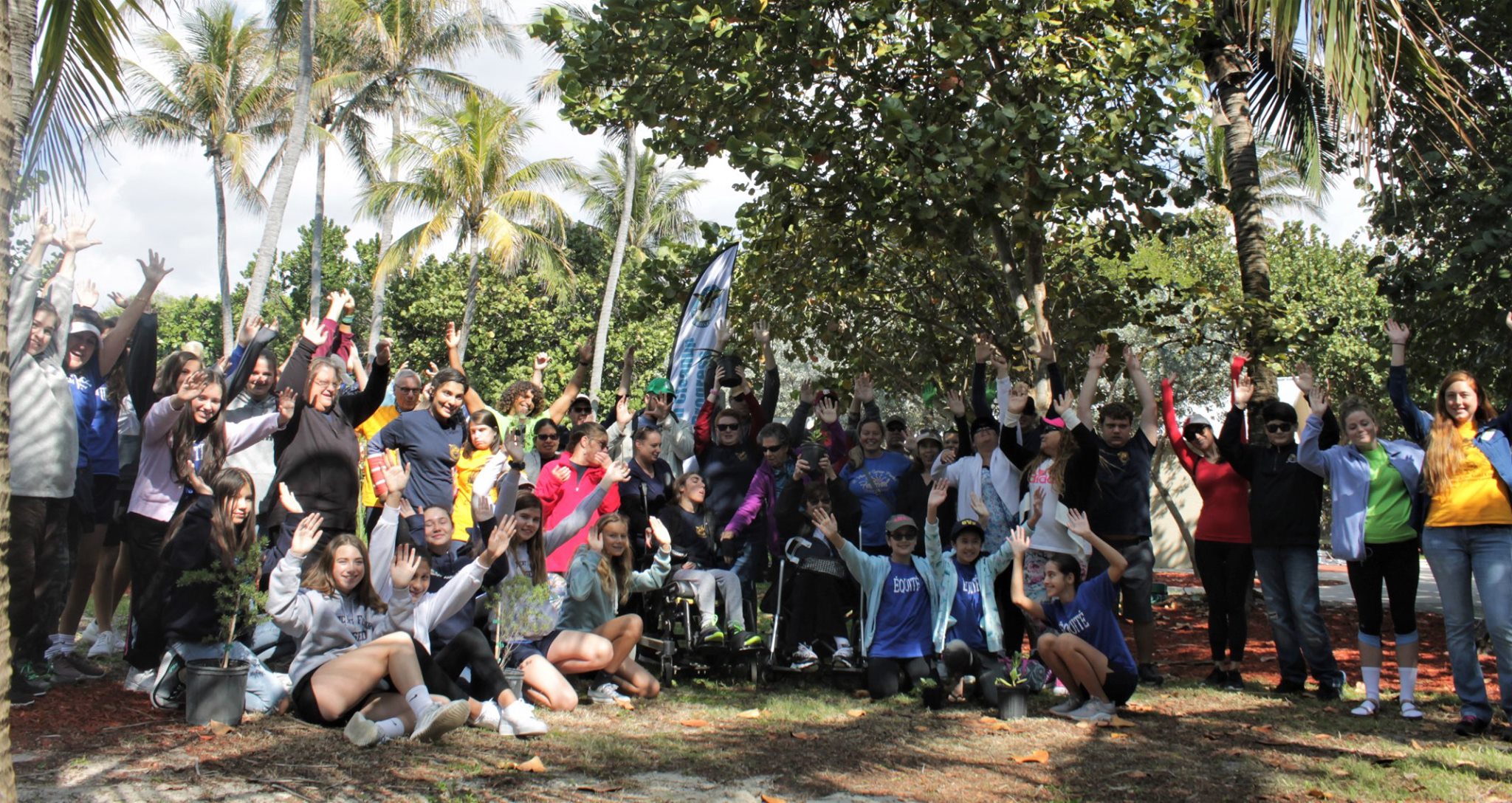 IRC's George Gann spoke at Delray Beach Chamber's Nonprofit Luncheon on The Institute for Regional Conservation: Conservation in a Changing World. George talked about IRC's history, current projects like Restoring the Gold Coast and urged attendees to personally get involved with restoring biodiversity. 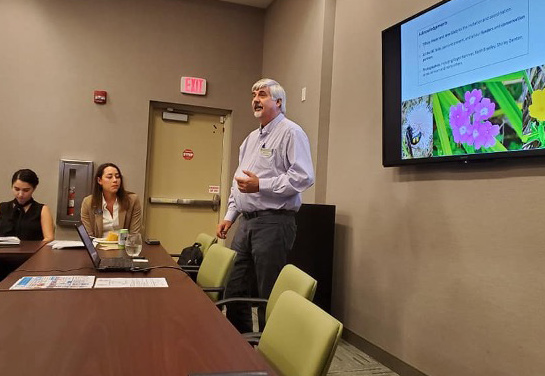 George Gann presented at the Delray Beach Green Implementation Board on Restoring the Gold Coast: Biodiversity, Healthy Dunes and Community Engagement in Southern Palm Beach County. The talk was followed by a great discussion period from the Board Members, City staff and the public.

IRC's Education & Outreach Coordinator, Cara Abbott, presented at The Milagro Center in Delray Beach as part of our Restoring the Gold Coast Program. Cara spoke with 10 middle/high school students about coastal conservation efforts happening in their area and discussed ways they could each get involved with the program.

IRC's Education and Outreach Coordinator, Cara Abbott, spoke with seniors at the Humana Neighborhood Center in Delray Beach about the history of Florida's coastal habitat and the work being done through IRC's Restoring the Gold Coast Program.

IRC held a workshop on Restoring the Gold Coast in Ocean Ridge at the Ocean Ridge Town Hall. Residents who attended the workshop listened to a presentation from IRC's Chief Conservation Strategist, George Gann, participated in an open forum, and helped plant several native species along the town of Ocean Ridge's easement south of Oceanfront Park. Link to photos.

IRC’s Education and Outreach Coordinator, Cara Abbott, spoke to 150 Earth Science students at Atlantic Community High School about the history and management of coastal habitat, the importance of biodiversity, and how to become an advocate for Florida's coastline.

IRC had the pleasure of working with ML61 in Delray Beach. For part of their legacy project, they raised funds to plant a variety of coastal plants including Saw palmettos, Spanish stoppers and blood leaf. They also picked up trash along the beach and in the dunes. Link to photos.

With about 40 volunteers, we planted over a dozen different native species within the dunes including the state listed sea lavender and silver palm at our Restoring the Gold Coast Kick-Off Event. Volunteers also removed Sprenger's asparagus-fern, Wild balsam apple, and St. Augustine grass which are invasive species. Other participants picked up 9.02 kgs of trash and 7.07 kgs of recycling off of the beach and dunes. Link to photos.

IRC's Education and Outreach Coordinator, Cara Abbott, was a guest speaker at the Ocean Ridge Garden Club's monthly meeting. Cara spoke with club members about IRC's Restoring the Gold Coast program and how members could get involved in Ocean Ridge.

IRC's Education and Outreach Coordinator, Cara Abbott, was the guest speaker for Atlantic Community High School's Science National Honor Society’s October Meeting. Students learned about the Restoring the Gold Coast program and how they can get involved with restoring native coastal habitat in Delray Beach! Link to photos. 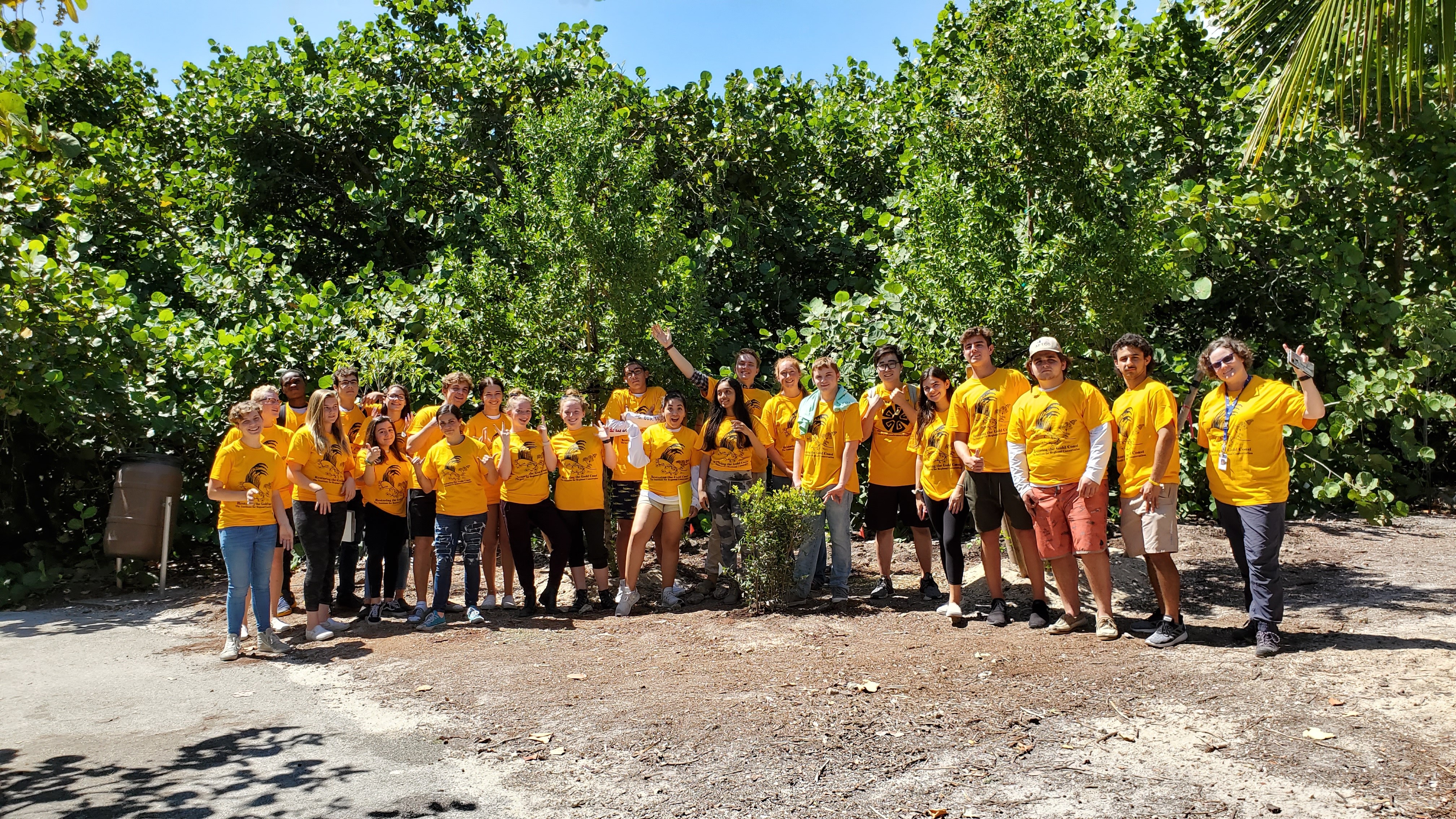 IRC worked with nearly 100 volunteers at the International Coastal Clean-Up event at Atlantic Dunes Park, despite the wind and rain. Participants helped us increase coastal biodiversity by planting native Saw palmetto and Spanish stopper and removing invasive Bowstring hemp (Snake plant), Brazilian pepper, and Beach naupaka. These volunteers also helped remove 64.98 kg of trash (which was mostly comprised of microplastics) and 27.75 kg of recyclables off the beach. Link to photos. 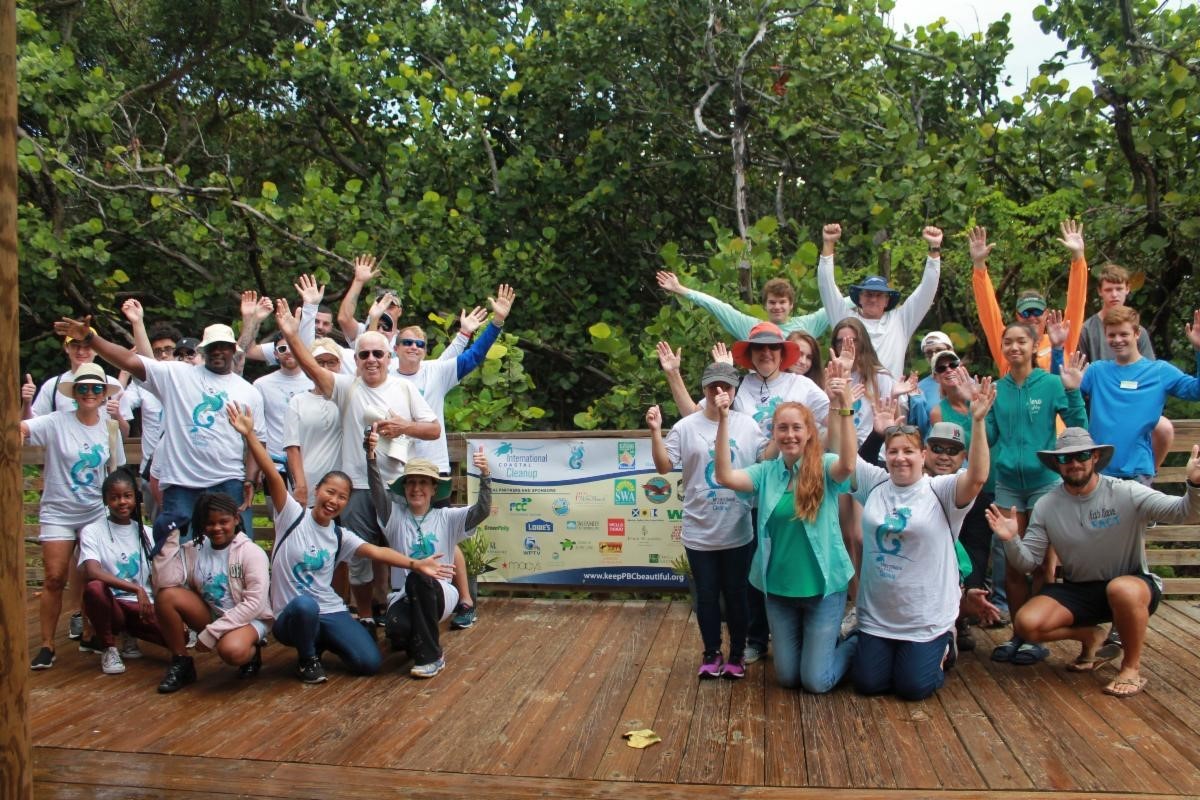 IRC’s Education and Outreach Coordinator, Cara Abbott, talked with the students of Dr. Rachel Wellman's AICE Environmental Management class at Boca Raton High School about the history and management of coastal habitat, the importance of biodiversity, and how to become an advocate for Florida's coastline. Link to photos.